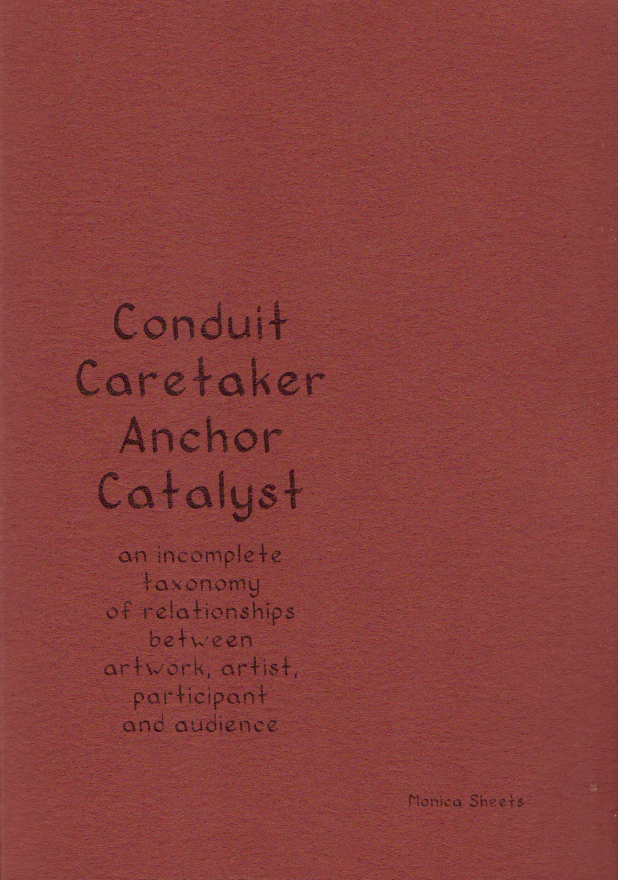 Since 2007, Minneapolis-based artist Monica Sheets has run an art and civics project called Das Fundbuero, or the Lost and Found Office. The project seeks to create a history of the German Democratic Republic (East Germany), through collecting the stories, experiences and belongings of those who lived through it. From 2010 to 2014, Sheets operated the project out of a space on Georg-Schwarz-Strasse in Leipzig, Germany.

In the process of running Das Fundbuero, Sheets learned a lot about the delicate, collaborative and occasionally antagonistic interactions between artist, artwork, audience and participant in that space specifically, but also more broadly in any cultural space. This book is an effort to fix those relationships into a visual form. A playful but functional series of loose-leaf drawings on heavy stock reminiscent of hand-painted scientific schematics of the high age of German rationalism, the work shows how these four aspects of the experience of a piece of visual art zig, zag, intersect and avoid one another. The individual sheets are packaged in a heavy cardstock binder that Germans of a certain generation would recognize as an A5-sized school folder.

Conduit, Caretaker, Anchor, Catalyst: An incomplete taxonomy of relationships between artwork, artist, participant and audience is a field guide for anyone who's contemplated their own relationship -- and that of the person next to them at a gallery -- to a piece of artwork in a public space.