Live in Peace or Leave the Galaxy 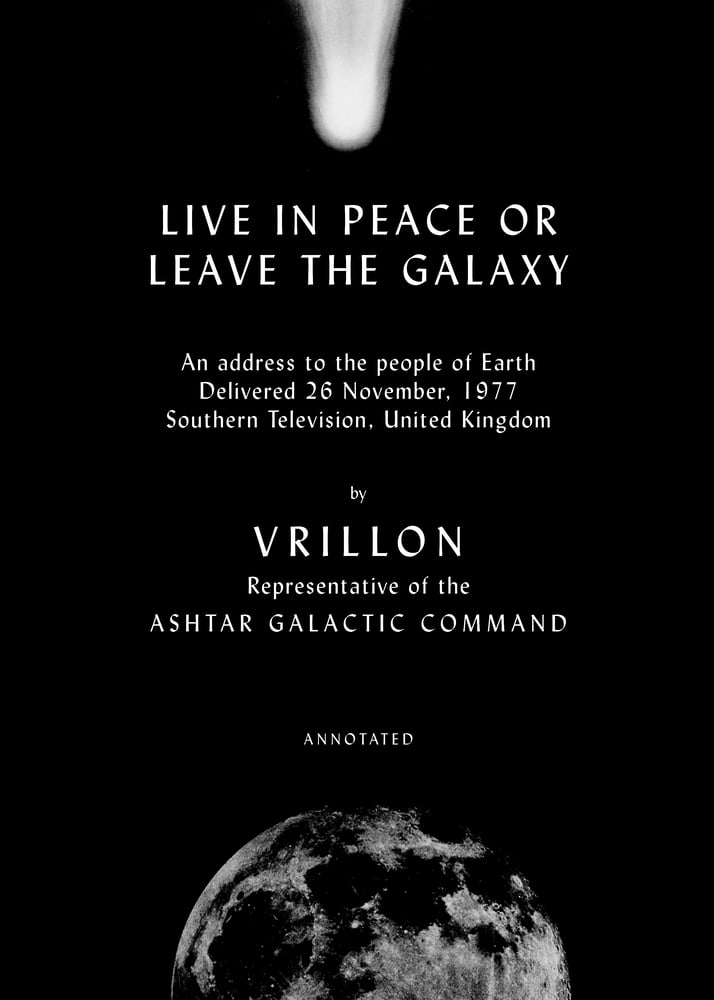 During an Independent Television News (ITN) nightly news broadcast of November 26, 1977 in southern England, the audio channel was hijacked, and replaced with a sonorous, lightly distorted voice claiming to be one "Vrillon," representative of the Ashtar Galactic Command. The speaker delivered the speech included in this booklet for six minutes, and then returned the broadcast to its regularly scheduled program. A plea to the people of earth to disarm and live in the peace, the Southern Television broadcast interruption of 1977 is one of the oddest incidents in the history of television.

Representative Vrillon's full remarks with alternate versions and annotations are included in this pamphlet. Buy one for yourself, and buy one to leave in a bus station or laundromat. Shipped USPS First Class.